To share your memory on the wall of Russell Dotson, sign in using one of the following options:

Cameron, Missouri- Russell Louis Dotson, 81, of Cameron, passed away October 26, 2020 at NKC Hospital after a short illness.
Russell was born on August 26, 1939 at Mt. Judea, Arkansas to Roy and Edna (Davis) Dotson.
He wore many hats, He pastored churches for almost 30 years in Cameron, Hamilton and Excelsior Springs, working most of those years full time as a self- employed logger and truck driver. He was a hard worker, always willing to support his family and the work of God. He loved flying and owned his own small plane after getting his pilot’s license.
Russell was preceded in death by: his parents, Roy and Edna Dotson; brother, Jimmie Dotson and sister, Eileen Campbell.
He married the love of his life on May 20, 1960 in Harrison, Arkansas. To this union four children were born; Joann, Michael, Mark and Timothy, which he was so proud and thankful for.
He loved people and tried to make friends with everyone he met. He attempted to help anyone in need and would say maybe I can help them find God.
Survivors: wife, Ruth Dotson, of the home; one daughter, Joann (Dale) Akey, Cameron, Missouri, three sons, Michael (Jennifer) Dotson, Liberty, Missouri, Mark (Kim) Dotson, Cameron, Missouri and Tim (Erica) Dotson, Higbee, Missouri; 28 grandchildren; 46 great-grandchildren; 2 great- great grandchildren that he loved dearly and they spoiled him rotten. Other survivors; brother, Raymond Dotson, Huntsville, Arkansas; sisters, Anne McPherson, Edith Budro, both of Apache Junction, Arizona and Gelene Campbell, Mt. Judea, Arkansas, numerous nieces and nephews and a multitude of friends.
Funeral Service: 1:00 PM, Saturday, October 31, 2020 at Turning Point Church, Cameron, Missouri. The service will be live streamed. Visitation: Friday evening, October 30, 2020, (5:00 PM- 7:00 PM) at the Poland-Thompson Funeral Home, Cameron, Missouri.
In lieu of flowers, memorials may be given to Turning Point Church.
Online condolences: www.polandthompson.com
Arrangements by Poland-Thompson Funeral Home, Cameron, MO
Read Less

To send flowers to the family or plant a tree in memory of Russell Louis Dotson, please visit our Heartfelt Sympathies Store.

Receive notifications about information and event scheduling for Russell

We encourage you to share your most beloved memories of Russell here, so that the family and other loved ones can always see it. You can upload cherished photographs, or share your favorite stories, and can even comment on those shared by others.

Tracy & Stacy Bax, Jerrod and Shannon Jacobs, and other have sent flowers to the family of Russell Louis Dotson.
Show you care by sending flowers

Jerrod and Shannon Jacobs purchased flowers and planted a memorial tree for the family of Russell Dotson. Send Flowers

Hunter Marriott and Brooke Washam purchased the Large Basket Garden and planted a memorial tree for the family of Russell Dotson. Send Flowers

Dale and Tama Marriott purchased flowers and planted a memorial tree for the family of Russell Dotson. Send Flowers

Flowers were purchased for the family of Russell Dotson. Send Flowers 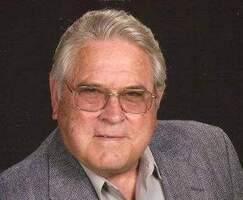